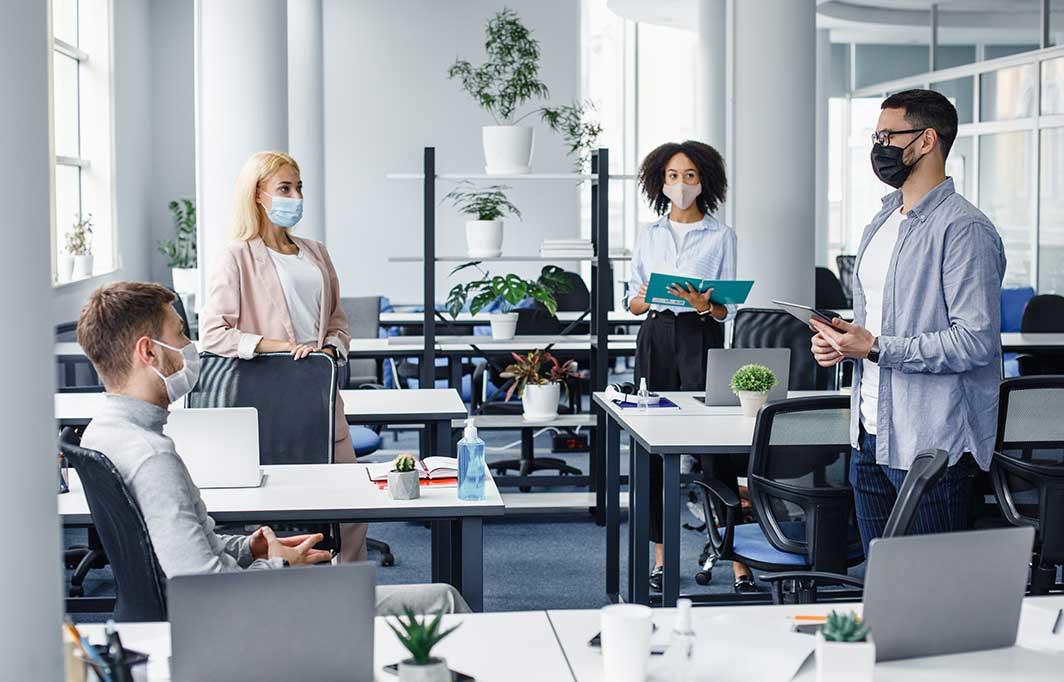 The majority of those who worked from home during the pandemic have now experienced at least one day back in the office according to new research by IWFM. The return has left the majority frustrated, with many struggling to adjust to the new realities of office life, from background noise to inadequate video conferencing facilities.  Just a quarter (26%) noticed any changes to their office layout on their return.

Seven in ten home workers in the West Midlands, Northern Ireland and London have returned at least temporarily to the office, this is in contrast to just half of those working in the South West, Wales and North West. Scottish workers were the least likely to have tried to return, with just 47% having done so, likely linked to the fact that just 27% of their employers were expecting them to work from the office “most of the time.” In contrast two third of employers from the East Midlands wanted employees back in the office.

Half (48%) of those returning to their former offices have suffered from a lack of breakout spaces, and the same proportion (50%) feel more needs to be done to support hybrid working. Half (48%) believe they are more productive working from home, and this is more pronounced amongst younger workers.

IWFM Chief Executive Linda Hausmanis comments: ‘We are now at a tipping point, where the majority of us have had the chance to sample working from the office once again. For far too many this has been a disappointing and frustrating experience. Employers must invest to allow workplaces to reflect new working realities, or risk a calamitous decline in productivity. The findings of this research should ring alarm bells for businesses looking to retain top talent.  As we move into new modes of working, businesses must adapt physical spaces, working culture and supporting technologies.’

Amongst returning workers 71 per cent struggled to identify any changes to their office space since before the pandemic, and half (58%) felt their office required modernisation. A significant minority, 28%, said they no longer felt comfortable sharing a desk with a colleague.

Linda continues, ‘Gone are the days of a central hub in a big city for some businesses. In the coming years; some may adopt regional flexible hubs, empowering employees to work wherever they please. Whilst some businesses may not be able to adopt these policies and may indeed require employees to return full time, there is opportunity for improvement. Looking forward to a post-Covid world, businesses must use their workplace and facilities managers to review their entire workplace strategies, refreshing them in relation to the learnings of the past year.’

Find out more about IWFM’s ‘Returning to the workplace’ research here.

Webinars on SFG20, the future of work, fire safety and more taking us to summer

Hybrid working: Peter Brogan on ‘What is the purpose of the office?’ with in-depth insights from leading FMs

What we learned in our webinar: ‘Remote yet connected: wellbeing in the times of COVID-19’